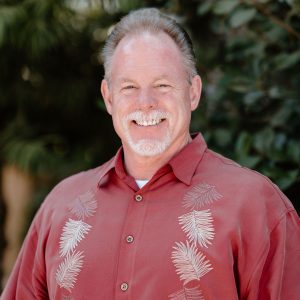 In 1992, Dave was serving as a peace officer for the state of California when he was injured on the job during a riot. Five years and well over fifty workers’ compensation claim adjusters later, Dave was forced to retire from the profession he felt born to do at the old age of thirty. His experience with the workers’ compensation system fueled his quest to educate himself on how the workers’ compensation system really works. Dave began his insurance career in 1997 as a producer and was promoted to sales management in 2001. While he excelled in sales, he knew his destiny and heart were in developing, coaching, and supporting salespeople. Dave’s a cool and accomplished guy, as he holds a Property, Casualty, Life, Accident, Health and variable contracts license, and has been recognized as a Certified Insurance Counselor (CIC) since 2008. Sure, he’s received countless awards and recognition as a producer and sales manager, but if you ask him, his greatest professional accomplishment is watching salespeople grow, achieve their goals, serve their clients, and be able to do things for their families they never thought possible.

While he loves his profession, he also loves his weekends. At his church, Dave co-leads a men’s bible study group and serves on the security team, baptism team, Couple’s Ministry, and just about any other team he is voluntold to help with by his bride. As a SoCal native, Dave naturally loves the coast and also enjoys contact sports (especially MMA). More than anything, he loves spending time with Darlene, his wife of over 37 years, their daughters Ashley and Alyssa, and family.